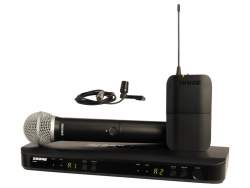 The CVL Centraverse Lavalier Condenser Microphone is a miniature lavalier condenser microphone that is optimized for speech and vocal performance. A tie clip and windscreen are included.